India is a nation of diverse languages that has attracted people with different backgrounds who have brought their own culture, customs, values and languages with them to this country. The country has a rich linguistic diversity and is at the heart of her unique cultural identity and you can tell from the list of most spoken languages in India below.

Hindi is the most spoken language in India. It is one of the official languages of India and is widely used across the country. It is an Indo-European language and it originated from Central India. Hindi speakers account for over 40% of all Indian native speakers. In addition to official and national level usage, Hindi is also used as lingua franca within the interiors of India. As a result, it is the most spoken language in India by number of speakers as well as percentage.

Marathi is another predominant language in India. Marathi speakers are concentrated in Maharashtra, where it is the official language and one of the two most studied languages in India. Around 83 million people speak Marathi in India today. It is also spoken in some parts of Gujarat, Karnataka, Andhra Pradesh, Goa and Tamil Nadu. It also exists as a medium of instruction from school to post-graduate level at universities in some places. It is very important language in the Indian culture and it’s in use as a second language by many people from different regions of India.

Telugu is another major language of India. It belongs to the Dravidian family and has two dialects. The first one is Telugu proper and the other is Coastal Telugu. Telugu speakers account for around 75  million people in India today. It is spoken in the state of Andhra Pradesh, neighboring Maharashtra and Karnataka states, as well as some parts of Tamil Nadu and Orissa. Telugu also has a special place in Indian literature as it was the language that opened up to scholars the rich cultural heritage of ancient India.

Tamil is one of the classical languages of India. It is the official language of Tamil Nadu and is also spoken in the neighboring State of Puducherry. Around 90 million people speak Tamil in India today. The first Tamil literature was written in the second century BC and it has a rich heritage of literature as well as music and dance which has contributed and enriched the culture of India. Tamil is also one of the languages that is taught at school and university level in India, thereby ensuring that it remains an important part of the fabric of this nation.

Bengali is not just the most widely spoken language in West Bengal but also in the neighboring states of Jharkhand and Assam. Bengali speakers account for almost 100 million people in India today. It is an Indo-Aryan language that is also spoken in Bangladesh and some smaller parts of Bhutan, Nepal and Pakistan. Bengali is also one of the official languages of India that has a rich cultural heritage which can be traced back to the first century AD. In addition to being one of the major languages in India, it enjoys an independent status in both India and Bangladesh owing to its importance as well as rich cultural heritage. 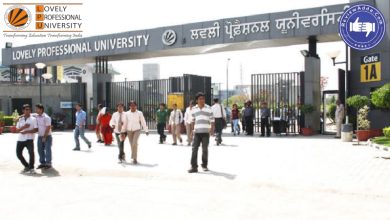